This airplane hanger was constructed in 2014. It is the largest hanger at the Sunriver airport with a total of 35,000 square feet including the hanger apron.

Deschutes Concrete Construction was hired as a sub-contractor by Knife River to construct 5 bridges along US97 near Sunriver, OR. This project took place from the fall of 2009 to the spring of 2011. 2500 CY of concrete was cast in place to form the footings, bents, decks and impact panels. An Allen bridge deck finisher was used to place and finish the concrete decks. All the superstructures were pre-stressed concrete slabs and box beams.

Deschutes Concrete Construction was hired as the general contractor by the BLM to replace this bridges superstructure. The bridge crosses the John Day River near Dayville, OR. In order to allow traffic to still cross the river, Deschutes installed 7 60" culverts in the river and built a road over them. Then the existing superstructure could be removed and replaced with new pre-stressed concrete girders. After the new bridge was installed the culverts were removed. All this was done in a small work window from July to September so as not to disturb migrating salmon in the river.

This project was done in 2011 and 2012. Deschutes Concrete Construction was hired to construct the structural foundations, slab on grade, underground chemical pool tanks and the exterior flatwork including stamped and sand finish decorative pool decks.

This project won the Excellence in Concrete award for the Recreational Category from the "Oregon Concrete & Aggregate Producers Association" (OCAPA) for the year 2012. 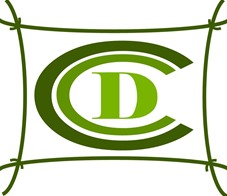 In 2013 Deschutes Concrete Construction started the Water Reclamation Facility Improvement for the City of Bend. One of the structures was the Primary Influent Splitter Box that had six individual splitter boxes with a center well the full height of the structure. The structure has over 300 cubic yards of concrete.

This pedestrian bridge was constructed across Powell Blvd in 2010 to connect the Gresham and Fairview trails system. It has a total span of 176 feet. An architectural finish was used on the bent walls that simulates a natural stone. . 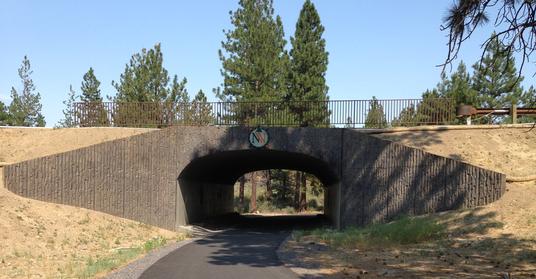